Eric Hall will update us on the union fight at Amazon; CWA’s Shane Larson will brief us on a landmark pro-labor bill; and California State Rep. Miguel Santiago will discuss how we’re going to win health care for all!

During February – the first month of our first-ever membership drive – over 750 new Movement Builders committed to supporting our movement as sustaining donors!   These new members join our 5,000+ monthly donors who have pledged to give $5 or more a month to keep our movement going strong.

To everyone who signed up to become a member of Our Revolution, THANK YOU!

It’s not too late to become a MOVEMENT BUILDER!

During March, all new and existing members will automatically be entered for a chance to be part of a Special Movement Builder Briefing with Our Revolution Board Chair Larry Cohen!   Larry’s a former union president, DNC member, Bernie advisor, and leading progressive strategist – become a MOVEMENT BUILDER TODAY to have lunch with Larry!

In an interview with The Hill, Our Revolution Executive Director Joseph Geevarghese spoke about the party’s failure to Fight for $15 as part of the COVID-19 relief package.  He noted that on the campaign trail, Joe Biden and Kamala Harris both stood with striking workers and pledged to support the fight for $15.  “It’s a signature promise and they should use their power to deliver on this.”   He warned that abandoning a top progressive priority could have profound consequences for the 2022 midterms and beyond.  “They do so at their peril.”

Sign here to demand that Democrats fulfill their pledge to workers and raise the minimum wage!

Our Revolution is using an inside/outside strategy to hold Democrats’ feet to the fire on the Fight for $15.

On the outside, Our Revolution is organizing live-streamed rallies with low-wage workers outside the Capitol and mobilizing our membership to lobby Congress.

And on the inside, we’re working with the Congressional Progressive Caucus to hold the political establishment accountable.

On this week’s Monday Organize to Win Call, Rep. Pramila Jayapal, CPC Co-Chair, talked about how our grassroots pressure helped push her colleagues to keep the measure in the House bill.  She also discussed how – after the Senate parliamentarian nixed $15 from the Senate bill – the CPC sent a letter to the White House calling on Kamala Harris to override the parliamentarian’s advisory opinion.  At the same time, Our Revolution launched a national petition drive to show Vice President Harris that our members stand in support of the CPC.

With the White House ultimately failing to Fight for $15 this round, conservative Senate Democrats got the greenlight to join with the GOP to vote down Bernie’s amendment to raise the wage yesterday.  This is unacceptable.

Our Revolution is committed to standing with Bernie and holding Democrats accountable to Fight for $15 in the next budget bill.

VICTORY!   After Amazon warehouse workers from Alabama joined our Organize to Win Call to talk about the company’s aggressive anti-union campaign and Executive Director Joseph Geevarghese joined with union leaders to call on President Biden to use the presidential bully pulpit to condemn union-busting in media interviews, the President took a stand.  Biden tweeted a video explicitly stating that the workers should be able to make a decision with “no intimidation, no coercion, no threats, no anti-union propaganda.”   Labor historians are calling Biden’s pro-union message unprecedented!

On Friday, Eric Hall and Our Revolution Alabama members joined with US Reps. Cori Bush, Jamaal Bowman, Andy Levin (photos above) and other progressive champions who traveled to Bessemer, Alabama to stand in solidarity with Amazon workers who are voting to join a union this month.

Voting by mail has already started, and so has one of the most vicious anti-union campaigns in recent memory.

Kevin Jackson, an Amazon worker, said it was good to know Members of Congress and Our Revolution had their back:  “We’re not going to be scared or intimidated by anyone saying they’re going to fire us due to what we want.”

Our Revolution is calling on President Biden to do more to stop union-busting than just send a tweet.

Corporations like Amazon do billions of dollars worth of business with the US Government.  With a stroke of his pen, the President can prevent companies that break federal laws from receiving lucrative federal contracts.

CALL ON BIDEN TO TAKE ACTION – NO FEDERAL CONTRACTS FOR UNION BUSTERS!

Speaking of cracking-down on union-busting,  Our Revolution is holding a live-streamed press event to demand Congress pass the Protecting the Right to Organize (PRO) Act!

Watch LIVE on Facebook on Tuesday at 11am ET.

Learn more on our Monday Night Organize to Win Call!

We’re holding Democrats accountable to America’s workers.  Become a MOVEMENT BUILDER and help us hold politicians’ feet to the fire!

This week, Our Revolution stood with progressive champions in Congress to advance key progressive priorities!

Our members helped push House passage of the For the People Act to break-down barriers to voting, end gerrymandering, and curb the influence of big money in politics.

We supported House passage of the George Floyd Justice in Policing Act, which bans police from using chokeholds

And we supported the introduction of the Ultra-Millionaire Tax Act to tax high net-worth households and trusts.

But as we’ve seen with the Fight for $15, we can’t rely on GOP support to get our agenda passed in the Senate.  That means we must end the filibuster to stop the Republican minority from blocking the For the People Act, the George Floyd Act and other progressive priorities from becoming law.  Our Revolution is working with the Fix the Senate coalition right now to end the filibuster and restore democracy to the Senate.

JOIN OUR FIX THE SENATE CAMPAIGN! 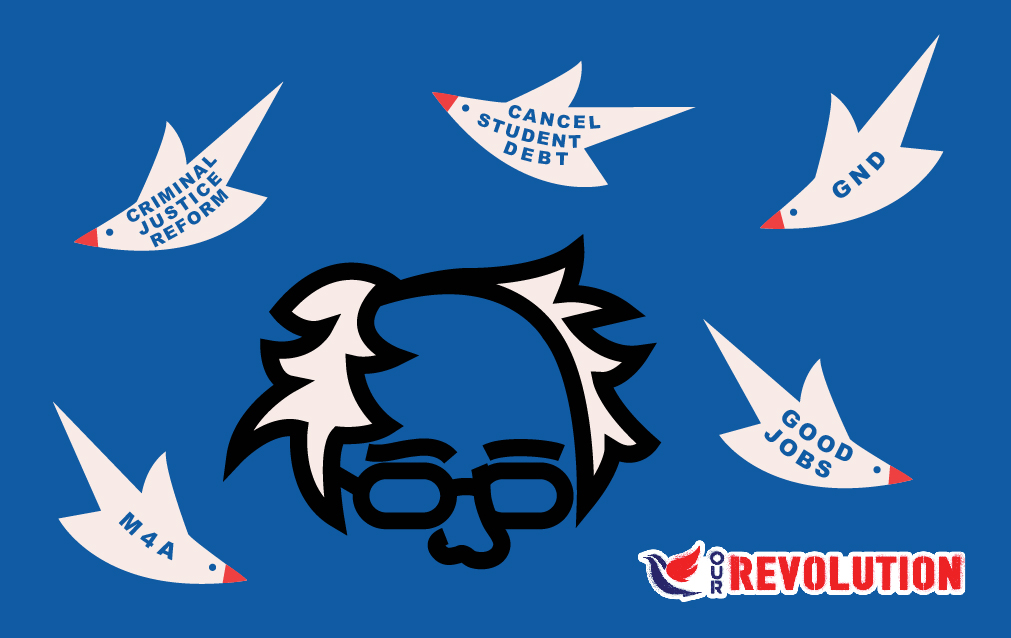 VICTORY!   After this week’s primary, an entire slate of progressives backed by Our Revolution St. Louis (Missouri) will advance to the general election in April!

On our recent Monday Organize to Win Call,  Alderwoman Megan Green described how progressives are gaining power in the city.  “When I was first elected 6 years ago, there were maybe 5 (out of 29) progressive votes on the city council.  But now we’re picking up numbers and influence!”

Our Illinois Revolution helped Vance Wyatt score an upset win in his race for Treasurer of North Chicago!  Vance challenged a four-term incumbent and won over 81% of the vote.  He joined our Monday Organize to Win Call to talk about how he’s going to use his office to increase financial literacy for his city’s impoverished residents.  “We’re going to start a savings initiative with money management courses, and we’re going to make sure our banks help our residents attain wealth, not keep them out of the system.”

Our Revolution Texas is gearing up to win down-ballot elections across the state!   This week, our members hit the doors to blockwalk for our locally-endorsed candidates running for local offices in Arlington, Denton, and other cities in the Dallas-Fort Worth metroplex.  When we canvass, we win!

2021 isn’t an off-year for the political revolution.  Help us elect progressives in races up and down the ballot this year by becoming a MOVEMENT BUILDER!

This week, Our Revolution endorsed CalCare – California Assembly Bill 1400 – which would set up a universal, statewide single-payer system that would guarantee healthcare as a human right.  Our Revolution California’s Statewide Meeting featured two authors of the bill:  State Assembly Members Ash Kalra and Miguel Santiago.  Rep. Kalra believes that with Democrats in the White House and Congress, it’s an opportune time to secure federal support for statewide single-payer. “I really believe that we as Californians can lead the nation in making this happen.”  Rep. Santiago called CalCare “probably THE most important issue that we’re going to take up in the legislature this year.”

Our Revolution Puerto Rico’s February Organizing Call featured US Rep. Nydia Velazquez (NY) who thanked our leaders for working with her on the “Puerto Rico Self Determination Act.” Rep. Velazquez will be reintroducing the bill later this month with Rep. Alexandria Ocasio-Cortez.  The legislation will give Puerto Ricans a voice in determining the island’s territorial status – whether it be statehood or independence – after 122 years of American colonial rule. 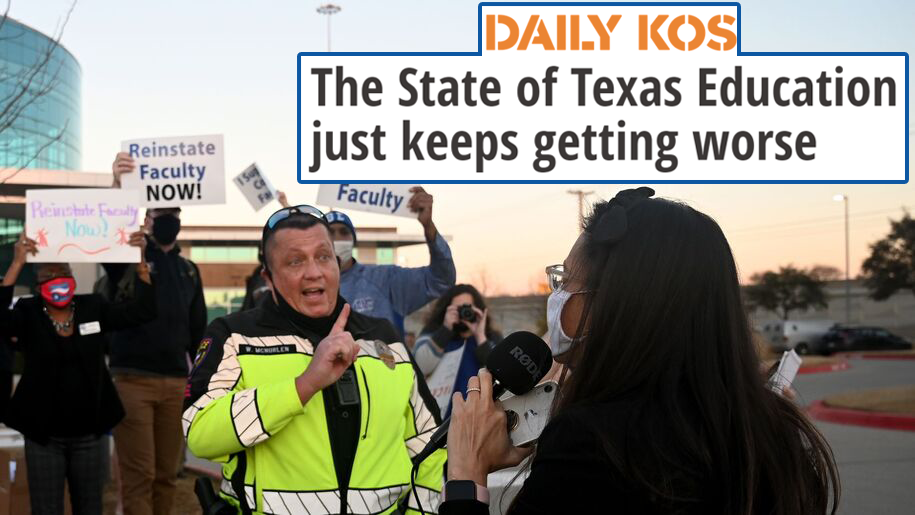 Student members of Our Revolution Texas – led by National Organizing Coordinator Kristi Lara (above) – got in a dust-up with the police this week while protesting unjust faculty dismissals at Collin College.  Two professors were terminated after organizing a new chapter of the Texas Educational Association and criticizing the school’s COVID response.

Our Revolution Florida members rallied in Tallahassee this week to demand that legislators kill Gov. Ron DeSantis’ Anti-Protest Bill, which aims to silence and criminalize Black protesters and allies who exercise their First Amendment rights in the pursuit of racial justice.  Florida is among 11 states trying to pass similar legislation.

VICTORY!  Our Revolution Maryland is celebrating passage of an extension of the Earned Income Tax Credit to all low-income taxpaying residents regardless of immigration status – making Maryland one of the few states in the nation to do so.  Taxpaying immigrants are often essential workers who have been excluded from emergency aid during the pandemic.  Our Revolution-endorsed Delegate Julie Palakovich Carr led the charge in the Maryland House with support from Our Revolution Baltimore Co-Chair and Delegate Sheila Ruth.

Washtenaw County Prosecuting Attorney Eli Savit – who was elected with the support of Our Revolution Michigan –  joined our State Organize to Win Call to update us on his work.  Since taking office in January, Eli has taken action to end cash bail, stop working with ICE on immigration enforcement, and prosecute violence based on gender and sexual orientation as hate crimes.

Help us organize to win PROGRESSIVE POLICIES all across the USA – Become a Movement Builder TODAY!

This week, Our Revolution Illinois members mobilized to elect US Rep. Robin Kelly to be the new chair of the Illinois Democratic Party!   In this closely contested race, Our Illinois Revolution Chair Emeritus Clem Balanoff and Illinois Democratic Party committee member Peter Janko – a long-time Our Revolution leader – played a key role in helping Robin become the first woman and the first Black person to lead the party.  With a true progressive in the top leadership spot, our members are getting ready to build a state party that reflects growing progressive power in the state!

Amar Shergill, Chair of the California Democratic Party’s Progressive Caucus, spoke about the importance of party building on Our Revolution California’s Statewide Meeting During the recent delegate elections, CDP chair Rusty Hicks disqualified thousands of ballots with valid postmarks – but the Progressive Caucus had enough votes on the executive board to overrule his decision.  “This is how we change the party,” Amar said.  He also encouraged progressives to back challenger Delaine Eastin against Hicks for CDP chair in the upcoming party election.  RSVP HERE to hear from Delaine on our Monday Organize to Win Call on March 15th! 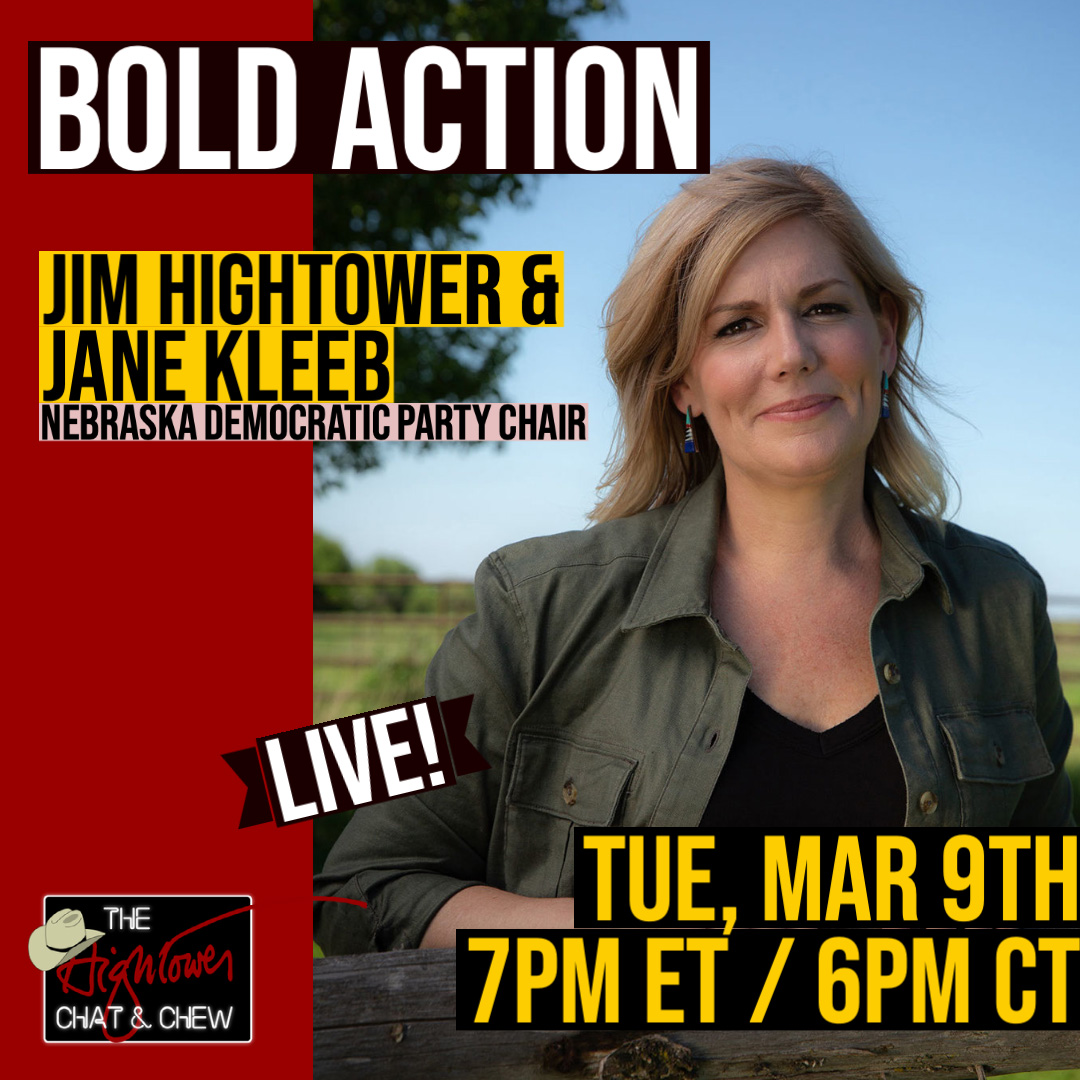 Join Our Revolution Board members Jane Kleeb and Jim Hightower on Tuesday for a Chat and Chew Happy Hour discussion about how rural America can be a force for big, structural, democratic change.

Hello Somebody!  We have an incredible opportunity to send our very own Nina Turner to Congress this year!

A coalition of Our Revolution groups in Virginia are holding a series of  People’s Debates in advance of statewide elections this summer –  the Lieutenant Governor Debate will be this Thursday, followed by the Governor Debate next week.

Our Revolution South Carolina’s March Meeting is on healthcare justice.  Experts will explain why Medicare for All is better than our current profit-driven model.

Become a CARD CARRYING MEMBER of the revolution and help us make America progressive again!